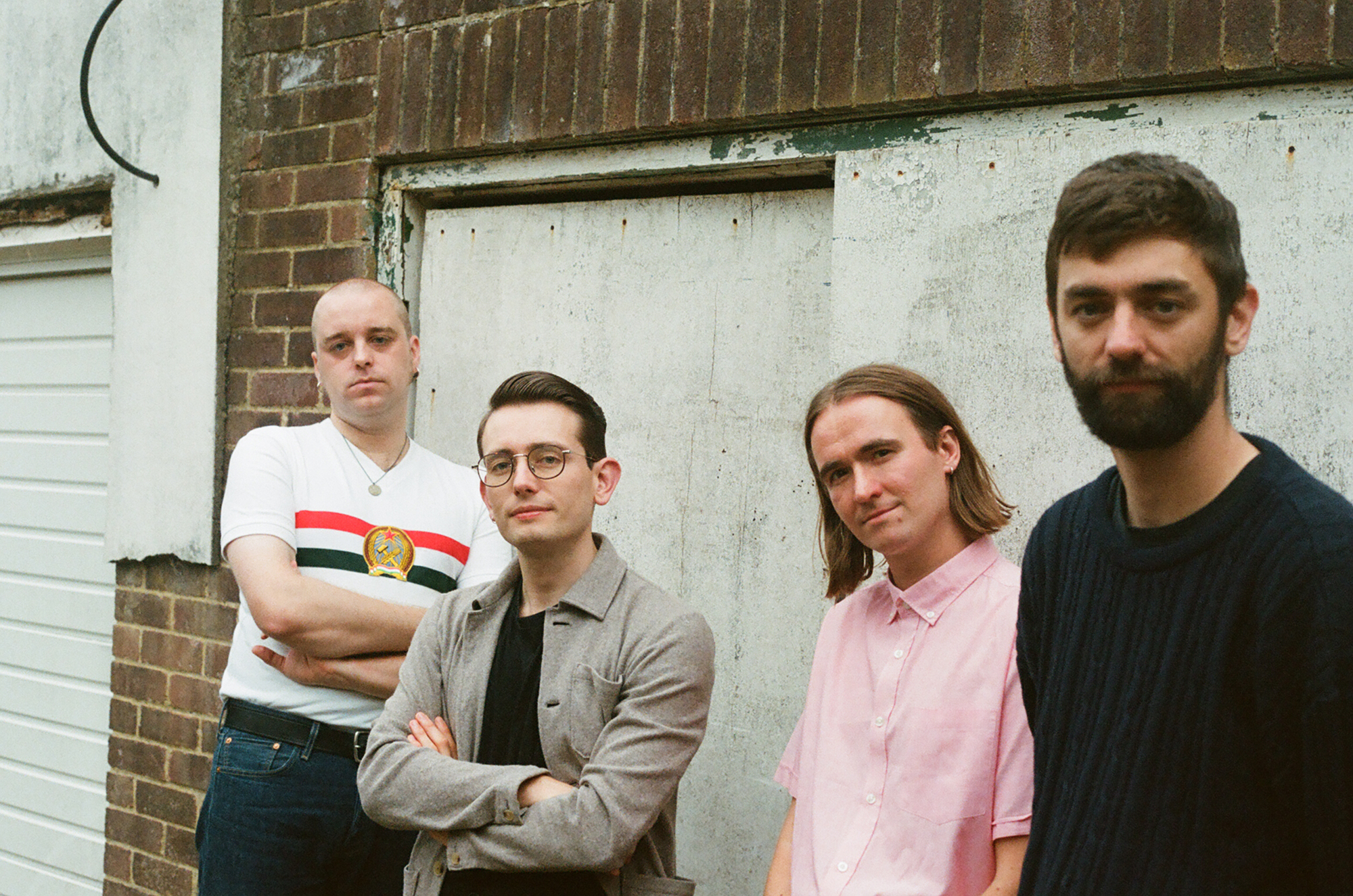 Since forming in 2016, Italia 90 have been slowly releasing a number of EPs and attracting attention through their fierce and fantastic live shows. Making what could broadly be considered punk music, the Brighton-bred, south London-based four-piece band – vocalist Les Miserable, guitarist Unusual Prices, drummer J Dangerous and bassist Bobby Portrait – make sounds that feel like a grab bag of the last 50 years of popular music, twisted into unusual new shapes. “Instead of striving for something new,” the guitarist says, “we want instead to focus in on sounds from history and find interesting ways to juxtapose old references. There’s a newness to it through that recycling.”

“Being called Italia 90 and because of the way Les dresses, we’re told that we ‘hark back to the good old days of punk’ or something,” the guitarist adds, with Les confirming: “We would never call them the good old days!”
“We started off with very basic values and ideas and expectations,” drummer J says, with the original idea to pepper covers of old British punk songs into their live sets. Through their half-decade as a band, their ambitions for what their music can say and represent has grown, and leads them to debut album ‘Living Human Treasure’, coming out in 2023 via Brace Yourself Records.

Across the album, tracks from the band’s earliest days (‘New Factory’, ‘Competition’) sit side by side with newer tracks, in a breadth of new styles for the band. “We consciously drew on elements from other genres, like new wave, goth rock, post-hardcore, jazz, jungle and ranchera that have inspired us but which we hadn’t incorporated into our music previously”, adds bassist Bobby Portrait. “Les has such a distinctive vocal style that we realised we could take some tracks in a slightly different direction but know that they would still sound recognisably ours.”

To record the album, the band decamped to the residential Echo Zoo studio in Eastbourne. With five days booked – far longer than the band had ever recorded for in the past – the whole album was tracked within two days with producer Louis Milburn. For the rest of the allotted time, they explored the nooks and crannies of the building and the bounty of unusual instruments lying around to add mystical textures to the bones of the songs. “We were able to make it feel as rich as we wanted it to,” Dangerous says, with tubular bells, mellotron and other noises peppering the corners of the songs.

At the front of the band, Les’ lyrics burst out as a reaction to what he sees as reductive political statements being made by other punk bands of the moment. “If you actually boil down what they’re saying, it’s basically like, ‘Don’t be an arsehole, don’t be a racist, don’t be from the home counties!’ That’s not a political opinion.” Instead, he wants his lyrics to dig deeper and look beyond the easy soundbites. “There are lots of bands singing about Brexit,” he says, “and the point is, like, ‘Brexit is bad’. Okay, fine. But where did that come from? What are the structures that lead to that? There are so many conditions that are more important than the expression of those conditions. Even if you go into writing a song with the starting point of thinking that this thing is bad, don’t write a song about that thing being bad. Write it about why it happened, and how we can go beyond that. Instead of just attacking the symptom, get rid of the disease.

Italia 90’s songs aim to be timeless and like the painting on the album’s cover, which shows a crowd of people all facing away from the viewer, present the idea of the collective over the individual. “I care deeply about the things that I’m singing about,” Les says, “but I don’t think that it needs to be me that is saying it. I have my point of view, and think that the ideology that I’m forwarding in the songs is correct, and very important, but it’s not important that it’s me saying them. If I did, I would already be contradicting the things that I am saying in the songs.”

This philosophy is the sign of a band going against the grain and stopping to really consider their statements, both musically and lyrically, rather than hopping on trends. “It’s really reactionary conservative politics to strive for constant innovation,” the guitarist says. “Maybe music doesn’t have to be like an iPhone with a constant new update.” Across their debut album, Italia 90 step off the relentless, exhausting hamster wheel and create something fantastic with the abundance of ingredients already here, pointing a different way forwards. 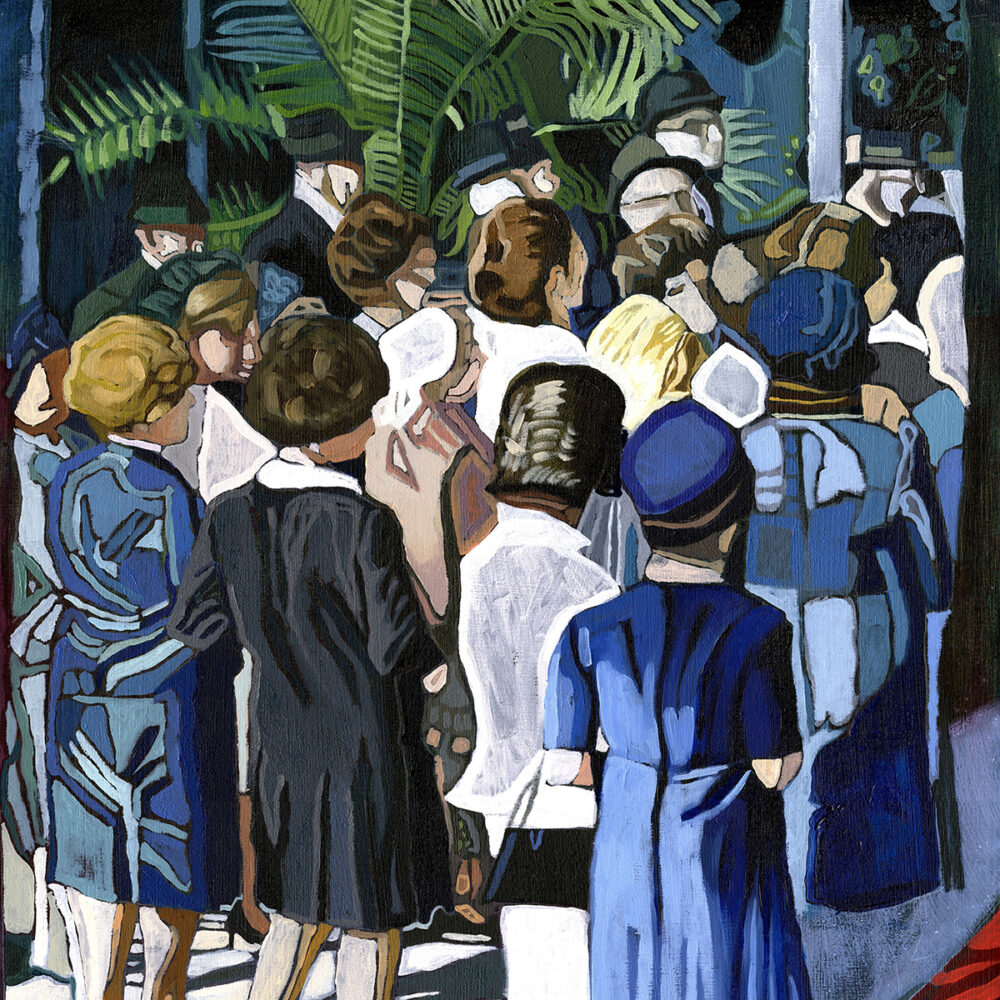